Egypt on Saturday ordered its mosques and churches to shut their doors to worshippers in an effort to curb the spread of the coronavirus, after calls for the government to follow other neighboring Muslim countries.

Egypt has so far registered 285 confirmed coronavirus cases including eight deaths. Many on social media had criticized the government for not canceling weekly Friday prayers and masses for which hundreds gather inside mosques and churches.

The Ministry of Islamic Endowments said it will shut all mosques for two weeks "for the necessity of preserving souls", but will allow them to broadcast prayer calls through loudspeakers.

Egypt has more than a hundred thousand mosques across the country.

Earlier today, Al-Azhar, Egypt’s top Sunni Muslim authority, said it will shut its historic mosque in old Cairo starting from Saturday "for the safety of worshipers, and until the end of the Coronavirus epidemic".

On March 15, Al-Azhar's Council of Senior Scholars said that governments had the right to shut mosques "to protect people from the coronavirus." 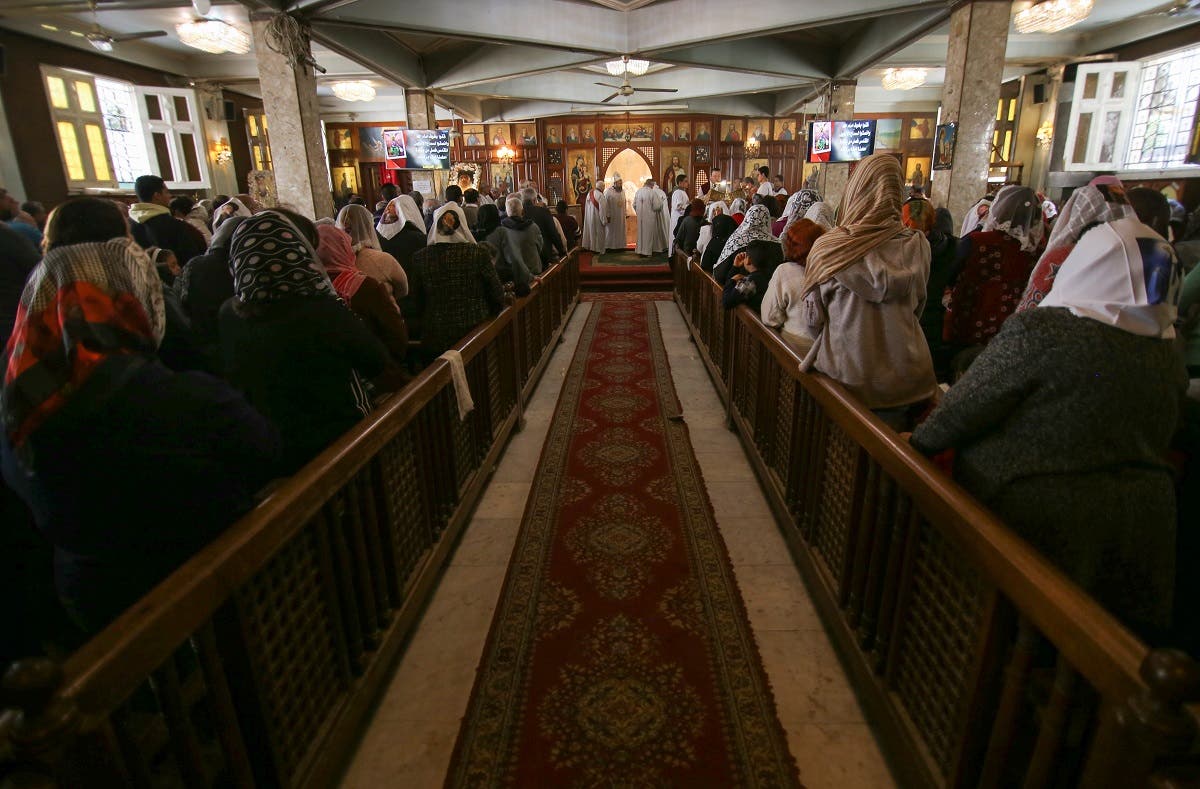 Christian Copts attend Sunday mass and listen to the priest at the Archangel Michael Church after government instructions on preventing the spread of coronavirus, in Cairo, Egypt March 15, 2020. (Reuters)

The country's Coptic Orthodox Church on Saturday ordered all its churches to shut their doors and suspend masses for two weeks over coronavirus fears, it said in a statement.

The church also banned visits to monasteries and closed condolences halls attached to churches, it added. Each parish will name only one church for funeral prayers and the sermons will be restricted to the family of the deceased.

Christians represent around 10% of the 100 million Egyptian population, according to unofficial estimates. The vast majority of the country's Christians are orthodox.

The Coptic Catholic Church followed the same approach and ordered its followers on Saturday to pray at home until further notice. Its churches will open their doors for funeral prayers only, which will be restricted to family members.